Tweeting the Outrage Ask A Dem!

An Improving Economy Bad for Women, or a Conservative War on Women?

Throughout the depths of the recession, there was much to be  said about the disproportionate effect on men’s employment. Women, typically lower paid, and in fields not as hard hit as male-dominated fields like manufacturing and construction, were doing pretty well in comparison. (If  ”doing pretty well” is defined as simply having a job.)

Ah, but times have changed. The unemployment rate has dropped nearly a full percent in just the last three months, manufacturing is at its highest level since 2004; and, right or wrong, government focus is now on budget cuts rather than job creation or economic stimulus.  This puts women in a bad spot.

In fact, since the recovery officially began in June 2009, private employers have added over half a million jobs filled by men; in the same period, women have lost over 140,000 of those jobs. In the public arena, things are looking even more bleak.  Let’s take Wisconsin as an example: Governor Scott Walker’s plans to disenfranchise public workers will hit women hardest, as they continue to make up the majority of that workforce. To drive the point home, keep in mind that the only public employees Walker is exempting are police and firefighters. (Two groups which are almost entirely male.)

Even though women represent just over half of the public workforce, the National Women’s Law Center reports that they account for an astounding 83.8% of public-sector job losses during the so-called recovery. To make matters worse, we are also watching government funding for programs like childcare and social services disappear. These are, of course, fields dominated by women, and upon which many women rely so that they are able to work in the first place.

When I’ve suggested that these attacks on public employees are somehow sexist, I’ve received a fair amount of push-back from readers. But tell me: when was the last time our national debate turned on conservative smears of a group of  ”greedy, lazy” people living much too well at the expense of the taxpayer? “Welfare Queens”, anyone?

Couple this with the virulent, radical anti-choice legislation popping up all over the country; throw in the GOP attacks on funding for things like Planned Parenthood, in the name of deficit reduction; and the conspiracy theorist in me is starting to have a hard time believing this isn’t all some vast, right-wing plot to put women back in the house, barefoot and pregnant.

Update: A reader has pointed me to this piece over at The Political Carnival.

That is why it is no surprise that, buried in his infamous budget, is a direct assault on family planning and Planned Parenthood, in particular.The Cap Times (Madison) gets right to the point: “Walker’s elimination of family planning funds could jeopardize federal dollars, close clinics.” [...] 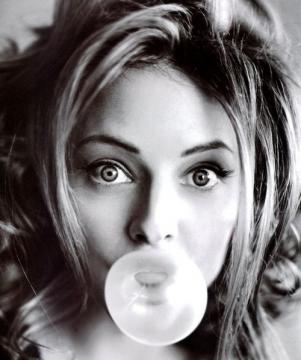