Return with me if you will to the heady days of the early Clinton Presidency when then-First Lady Hillary declared that “it takes a village to raise a child.” Her bold exhortation at that time committed the leadership of the Democratic party to the belief that there are societal responsibilities owed to every child born into this country – that “it takes teachers, it takes clergy, it takes business people, it takes community leaders, it takes those who protect our health and safety, it takes all of us” to ensure the well being of children.

This declaration resonated especially strong with public school teachers and anyone connected to the education community who knew all too well from day-to-day observations that everyone is “part of a larger community that can help or hurt our best efforts” to raise healthy, motivated, and morally-centered children. Every day of their professional lives, teachers see students whose best efforts are frequently undone by societal ills that surround them – households broken by debt and health calamities, unsafe streets and playgrounds, governing systems that care more about perpetuating the power of certain individuals than advancing the public well being.

Now fast forward to 2011 and the Democratic party leadership currently occupying the White House, and what we see is an exhortation of a completely different kind. Instead of calls for collective action and shared responsibility for children, what we see instead is a party committed to competition.

President Obama has staked out an obligation to “win the future” and has made his Education Secretary’s “Race to the Top” the hood ornament of his ed policy vehicle. Despite the fact that the grants rewarded from Race to the Top have only just begun and we don’t have any results yet, Obama called this winners-take-all approach to governing “the most meaningful reform of our public schools in a generation.”

The purported magic of this Race is to force states to adopt specific education “reforms”– primarily, charter schools and merit pay for teachers based on student test scores – in order to fund initiatives aimed at improving schools, especially those serving mostly poor kids. And it must be noted that hardly anyone – even ardent backers of the so-called reforms – likes the results of the Race, and most view the whole affair as a way to “push through an agenda that otherwise would likely not get voter or public approval.”

What happened in the past 15 years? What moved the leadership of the Democratic party from collectivist calls to our moral responsibilities toward children to cold, technocratic contests for cash?

Certainly when you look at the other side of the political coin, you don’t see a similar transformation. After Ms. Clinton’s declaration for “a village” approach to education policy, the Republican opposition at that time, represented by Senator Bob Dole, dismissed her kind of thinking as a “collective excuse.” His insistence, back in 1996, for “individual accountability” as the only means to achieving progress is in seamless agreement with today’s leadership in the Republican party.

Regardless of how you may feel about the Obama administration’s proposals for children and education, this profound change in philosophy and rhetoric emanating from his party’s leadership is an undeniable fact. And as Democrats abdicated a collectivists stand for children and shifted to the paradigm of competition for cash, Republicans kept singing the same chorus. So how’d that happen?

What happened was, in the education debate in particular and arguably in the broad policy arena at large, the leaders of the Democratic party not only bungled their political strategy, they also lost the courage of their convictions. In fact, if you want to get an enlightened view of the Democratic party’s strategic and moral failure over the past 30 years, the arc of the education debate in America provides you with a spectacular ringside seat.

Back in simpler times, when adversarial politics was considered the norm and not every representative in DC cowered behind the mantle of “bipartisanship,” the Republicans in the Reagan administration backed an agenda of vouchers, school prayer, and abolishing the department of education. President Reagan’s antipathy toward teachers unions and the bussing of school kids for racial integration was famous. And in 1983, his educator-bashing Secretary of Ed. Terrell Bell gave conservatives the perfect weapon to bash away at public schools for generations to come: a report called A Nation at Risk.

Back then, the Democrats actually mustered some opposition to the conservative onslaught. “Congress killed his major school choice initiatives, rejected several of his proposed cuts to school programs, and successfully fought off his plans to disband the Education Department.”

What rapidly ensued after the adversarial Reagan years was that the neoliberals descended on DC and the “Washington Consensus” became the governing paradigm.

As edu-nihilist Frederick Hess has pointed out, the Washington consensus on education took a unique form that would foretell not only the direction of the Democratic party but also reveal its idealistic undoing at the hands of the savvier Republican leadership.

According to Hess, the Washington Consensus on education was primarily guided by three principles: “First, that the nation’s foremost education objective should be closing racial and economic achievement gaps. Second, that excellent schools can overcome the challenges of poverty. And third, that external pressure and tough accountability are critical components of helping school systems improve.”

It was this Washington Consensus that resulted in the landmark No Child Left Behind legislation that still governs education policy today. The consensus, however, was flawed in a number of ways. To begin with, it was not the result of any bottom-up democratic process, but instead a matter of deal-making among elites in politics and business. And second, it wasn’t really a consensus.

For while the Republicans conceded almost nothing – the legislation was adored by big business and irritated only the local control advocates in the party – the Democrats conceded just about everyone in their base who was connected to public education. As most of the nations 3 million + public school teachers fumed at the mandates of NCLB, more and more parents began to experience how the mandates were disrupting their children’s education and degrading neighborhood schools.

So for Republicans, NCLB was a strategic tour de force. And while Democrats continued to sell this neoliberal snake oil under the mantle of “rescuing poor kids” (something that Republicans have never been much interested in), their political base degenerated further into conflict.

But much more than just a strategic blunder, the Democratic party’s leadership on education policy is symbolic of its complete and utter moral failure. Sticking educators and schools with the lone responsibility of overcoming poverty – again, something Republicans have never shown much interest in – is a cop-out of the first order. And erecting grand schemes of rewards and punishments for coercing educators without placing any responsibilities on more powerful sectors of our country, such as big corporations and wealthy individuals, is cowardly.

Can anyone witnessing the debacle of the Democratic party’s leadership on education be at all surprised at seeing it sell out in other policy areas, such as healthcare (individual mandates with no public option), the economic collapse (bail outs for big banks with anemic jobs programs), and the nation’s debt (tax breaks for millionaires while people making less than $20,000 get a tax increase).

Now what we see is the Democratic leadership still wedded to the evil spawn of NCLB which is Race to the Top. And we’re now being sold a bright and shiny “New Washington Consensus” that promises, in a nutshell, to allow local politicians to ease up on well-funded schools in the leafy suburbs while school children in dilapidated urban districts and abandoned rural tracts continue to feel the strong arm of our expanding plutocracy.

In the past month we’ve seen amazing turnouts of public outrage in Wisconsin, Indiana, Ohio, and elsewhere as the Democratic party’s leaders in DC continue to dither with the Republican on charades like Race to the Top. And now that the village is in flames, maybe the villagers are about to revolt. 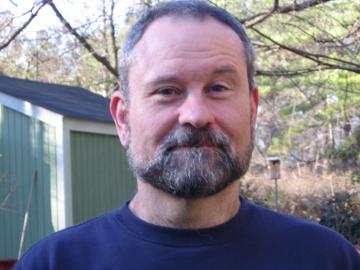 I'm an independent marketing and communications consultant for nonprofit organizations. I live and work out of my home in Chapel Hill, NC.