On the Uselessness of the Dow Jones Index Education: two important proposals

What did Huffpost do with my Article?

This past Friday, my article “Meet the New Soviets: Gingrich, Walker, Breitbart”, was yanked from the Huffington Post after being up for 8 hours.  (My article is still not up, but you can read it here.) The reasons it was pulled are troubling to me and should be a concern to anyone who wonders about the future editorial directions of Huffington Post.

As a bit of background, I’m a national security policy wonk from out West who has settled in DC.  I’ve enjoyed a great relationship with the Huffington Post–where I have blogged on national security and politics for 4 years.

My post came down during the recent fracas over blogger Andrew Breitbart being demoted from the front page because of his anti-social habits (mostly lying and name-calling). Breitbart–a right wing darling–is a friend of Arianna Huffington and played a leading role in Huffpost’s founding. To their credit, an editor did call me and let me know my piece had been yanked.  Yet for three days, people who linked to it saw my headshot with a note saying the article didn’t meet editorial standards.  Ouch.

Feeling wronged, I called on Sunday to clarify the policy and request that they put the post back up.  I spoke to one of the blog editors. Following the discussion I came away with serious concerns over who is driving editorial policy at the Huffington Post.

When I asked for specific reasons why my post had been removed, the editor seemed flustered. I sympathized with the chaos they must be experiencing given the site’s rapid evolution and purchase by AOL.  He told me that it was because I compared three public figures to Soviets–which he described as a totalitarian regime (like Nazis or Fascists).  What?!  My Soviet-era comparisons in the article were about destroying public trust and the propaganda required to sustain such destruction.  I wasn’t comparing any of the public figures to people who had committed Soviet atrocities, (read the article for yourself here.)   I stand by what I said because I saw this government-propaganda hybrid in action, having actually worked under that regime in 1989.

My first thought  about the reason for the article removal was based on the Millennial dominance in online industries. Maybe I needed to talk to someone older. The editor explained that he was senior enough, it was about my comparison and that this wasn’t blowback due to the demotion of Andrew Breitbart from the front page of Huffington Post last week.

However it looks like nobody told Andrew Breitbart that.  Here’s the tweet-sheet:

And I’m not the only one who finds the timing odd. This tweet from Tim Karr of Free Press:

Did the Huffington Post pull this article (http://huff.to/fTyMRs) because @AndrewBreitbart tweeted this (http://bit.ly/eIYcnT) ?8:40 AM Mar 25th via bitly

And then there’s this one from Breitbart himself that mentions AOL:

It’s not as if I’m the only one to use comparisons, a quick search of the Huffington Post site yielded 343,000 references to “Soviet”.

I don’t know if this is internal chaos, new editorial overlords at AOL or a quid pro quo to appease Breitbart. What ever the reason,  I hope that my experience will be seen as an opportunity to clarify editorial standards at the Huffington Post and to provide a qualitative benchmark about  subject matter expertise in our new media environment.  Readers deserve accuracy and writers deserve fair treatment. In so doing, we’d all benefit from a clear distinction between evidence based opinions about the direction of our own society and the human wrecking-ball tactics of Andrew Breitbart. An added benefit will be more rigorous debate about the misleading governing vision of Newt Gingrich and the anti-democratic leadership of Scott Walker.

If you no longer see my writing available on Huffington Post I think you will know which views have “won the day”. And if that is the case, other writers might also need to watch what they say, especially when it comes to talking about Andrew Breitbart and Soviet-style propaganda. 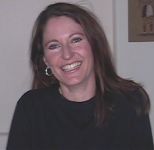 User-friendly national security wonk. DC based. From out West. Lots of real-life education--like overseas, in think tanks and the US Congress. Formal education at Grinnell College, Stanford University and the Air Command and Staff College of the US Air Force.

22 Responses to What did Huffpost do with my Article?