“Believe me, Progressive Congress News makes mornings easier. Surfing for 30 minutes trying to find out what I’ve missed isn’t an option. This is the best news digest I’ve seen so far.” ~Senior Staffer for a member of the Congressional Progressive Caucus

That sums up the reaction we’ve been getting to Progressive Congress News from not only Legislative staffers in DC, but from members of the general public.

And today I’m writing to give you the opportunity to contribute to allow staffers to better use their time will still getting the policy news they so crave.

My business partner, Neal,  has written numerous times over the last year giving the history of this project so I won’t bore you with the backstory.  What I will tell you is that <a href=”http://bit.ly/PCNSignUp”>Progressive Congress News</a>is a resounding success and now we’re ready to expand and step up to the next level.

Now when we hear from staffers in addition to the positive comments above, we hear “when are you adding policy area X” and “ya know I’m doing a lot of work on issue Z and would love to see you doing stuff in that area”.  So, they spoke and we’re listening.

In the next month or two we’d like to add policy news aggregation in the following areas:

That’s not to say we won’t welcome you no matter what your area is.  So what exactly are we asking you to do?  We’re asking you to comb the news and find good stories that talk about policy as it relates to each issue area.  Then we’re asking you to tweet it using some cool behind the scenes software developed by Progressive PST.   If we can get enough people in each area (including the areas we already have running), there’s no reason for this to take more than a few hours a week from each participating volunteer.

Yes, at this time this is totally a volunteer operation.  We are, however, getting ready to apply for some grants over the next year and long term goals include being able to offer stipends of some kind to our editors.  For now though, it’s a purely volunteer gig that pays only in the extreme gratitude of legislative staffers.

And if twitter isn’t your thing, we’re also getting ready to do some work in policy analysis writing and on Facebook…so there’s room for anyone willing to dive in and help.

And in case you were hoping for a pootie….  here’s a pootie belonging to the above quoted staffer… 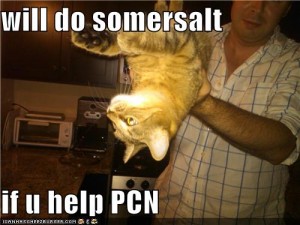 If you can help us, leave a note in the comments or drop us an email at news@progressivecongress.org 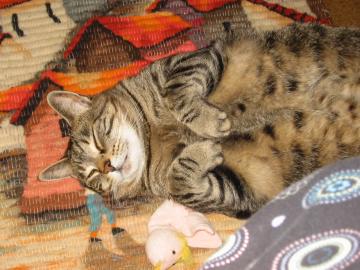 One Response to Congressional Staff Need Your Help