Senator Warren’s overt mockery of Summers is pure gold

One of my favorite sayings  is, “never send a human to do a machine’s job.” However, I may be forced to admit that I must make an exception for Senator Elizabeth Warren–presuming, of course, that Warren is not actually herself a machine. We’ve been watching Warren for some time now, but in compiling her dossier we somehow missed her mockery of Larry Summers in 2009:

“Tim [Geithner] and Larry’s whole plan is just like Argentina in the 1980s,” Warren told author Ron Suskind in September 2009, while he was working on “Confidence Men,” a book on the aftermath of the financial collapse. “There was this giant hole marked ‘Banks’ and the government just dumped money in that hole, as much as they had, while they lied about it. That’s what Larry thinks: that the US is Argentina!”

While Warren and Suskind were waiting at a terminal in Washington’s Reagan National Airport, Warren began to sing, “Don’t Cry for Me, Argentina.” Several started to applaud, and she modified the verse, with Summers in the role of Eva Peron.

“Why not?” Warren said with a laugh. “He might understand things better as a woman.”

Summers and Warren clearly have a long history together, given their relationship to Harvard and their closeness to the Obama administration. But on actual policy regarding the relationship of the government to big banks, they could not be more different. Summers helped President Clinton repeal the Glass-Steagal Act, which had kept the banking industry under control for decades, and now Senator Warren is leading the charge to reinstitute a modern-day version, and Summers is rumored to have joined Tim Geithner in opposing Warren’s appointment to head the Consumer Financial Protection Bureau. Fundamentally, Summers believes that banks should become too big to fail, and governments should essentially be subservient to them. Warren believes that too big to fail is too big to exist, and that consumers should be protected from such monstrosities. No surprise to see her supporting Janet Yellen so publicly for nomination as fed chair. 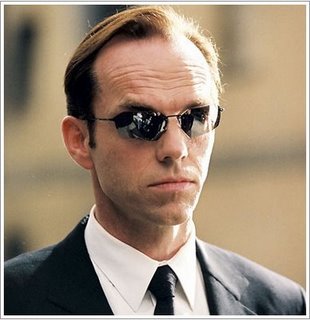