Now We Can All Welcome Them Home

When President Obama re-affirmed his commitment to have all the troops out of Iraq by the end of 2011, my thoughts went to two different groups of veterans and one remarkable project I was recently introduced to.

On the Kerry Campaign in 2004, I met a large number of Vietnam veterans, all of whom served their country with distinction and honor and many whom, decades later, were still struggling with what it meant to serve in that war and what it was like to return to a country that was so changed from when they had left to serve. Often, in their eyes and in their actions, and when their guard was down, when you got glimpses into their younger selves, you could literally see their unease. I heard the stories of the nightmares, the failed marriages, and it always occurred to me that as a country, we let those men and women down.

The second group is the young men and women who served in Iraq and Afghanistan, the parallels are easy to draw. A war that became increasingly unpopular but in the case of this group, these are also two wars that are really more forgotten than anything. The men and women on the ground in Iraq and Afghanistan are not in the news and in our thoughts nearly as much as they should be. And their transition home is going to be critical. We are already seeing unbelievably tragic statistics about drug use, suicide and homelessness among young veterans. We are seeing our political and social structure failing these young men and women.

I discovered The “Welcome Home Project” through my work with the Marion Institute.

The mission of WHP is both remarkably simple and deeply complex.

The mission of The Welcome Home Project (WHP) is to heal a cultural wound by bridging the historic and painful divide that exists between veterans (including their families) and the civilian communities in which they live.

This was the project that didn’t exist in the early 1970s but that our country and our veterans desperately needed. But it does exist now, and is well worthy of a click to learn more and a moment of reflection about how we each can help.

One of the more remarkable parts of the project is a film that was put together by the leaders of the group. The film chronicles five remarkable days when twenty-three men and women came together in Oregon and shared their thoughts, their emotions and their souls about what it means to serve, and what it means to come home. If there is a screening near you, it’s well worth your time to see. You can also host a screening of the film yourself.

If you are wondering why you should support this, or support any group helping returning veterans, here are a few statistics from the project that might make you want to help.

Nation-wide there are over 23 million veterans living in America. All of them have families; They are mothers, fathers, sons, daughters, brothers, sisters, friends.

It is an important, and wonderful moment, that our men and women in uniform are finally coming home. But while the war might have ended, our obligation to the men and women who have served most certainly has not. 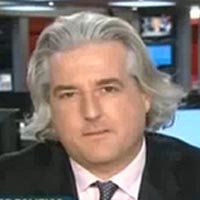