On social democracy, that inexplicably unmentionable phrase that truly embodies the spirit of We, the People 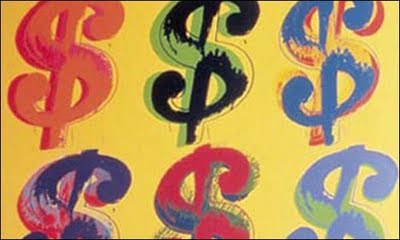 This is one of those instances where even typing something out does little to make it more believable: Delta charges soldiers returning home from Afghanistan an additional luggage fee of $200 each (they are allowed three checked pieces, but as you’d imagine, members of our armed forces have a lot of bulky belongings that can’t be jammed into three bags).

I think there is an important larger message here: Delta, as we all know, is a corporation. Supreme Court classifications to the contrary notwithstanding, corporations are simply amoral entities, built from paper and pixels, that do not think or feel one way or another about anything; rather, they just seek maximum profits, period. Think of them like sharks–they don’t care who gets hurt, they don’t care what standards of decency and propriety they offend (making soldiers pay extra for their baggage? Really??) and they don’t care who gets in the way; they only care about feeding, feeding, and more feeding.

For a conscientious human being, then, the question is not “How can Corporation XYZ be so uncaring?” but instead, “How far have we gone–and how much further are we willing to go–in allowing these amoral entities to control all the aspects of our daily existence?”

Right now, when you regard the matter with wide-open eyes, you realize that corporations control our elected leadership–much if not most of it, anyway–as well as our geopolitical posture, our banking system, our education system, our medical decisions, our agriculture and food supply, and, perhaps most worryingly, our very ability to elect candidates for public office who represent us, the people, as opposed to them, the aforementioned entities whose only raison d’être is to turn a profit.

Going by what I learned in high school American history, and what I’ve since observed about what I’d loosely term “the national character”, I’d say Americans tend to recoil at the very notion of being controlled and reflexively put a foot down if they feel that is what someone, or something, is trying to do.

As such, they shy away from–and often will outright demonize–the word “socialist”, because they see it as being under the controlling thumb of the state.

Blame the paucity of engaging, thought-provoking debates about political philosophy in our high school social studies classes; blame the shallow nature of the learning that does take place in a teach-to-the-test climate wherein facts are regurgitated and promptly forgotten; the end result is that far too many of us don’t seem to realize that we are the state.

Ironically, in a social democracy (which yes, is a form of socialism, albeit one that’s rather more grounded in reality than utopian socialism), we would be the ones in control.

As matters currently stand, we’re under the control of a plutocracy–and it’s an insidious, shadowy, “Aw shucks, we’re just like you” kind of plutocracy–with the difference being, the plutocracy is most definitely not us.

And on ever-increasing numbers of issues, we have virtually no say whatsoever, not even within the context of elections, wherein we get the false choice of voting for one beholden-to-corporations candidate over the other beholden-to-corporations candidate, and thanks to their professed differences on a handful of social issues (Roe, marriage equality, guns), we think we’ve had some say. We “feel” as though we have some measure of control.

Whenever I am in a conversation with non-political-junkies–at dinner, say–with people who start complaining about the government this and the state that, and people inevitably head into a discussion about why we are better off not letting the government or the state have so much power, I always chime in: HEY! You are forgetting something! The government is US. The state is US.

When the State-That-Is-Us has control, this is a good thing. Trouble is, that’s not what we’re seeing. We are not under the control of ourselves–of us–but rather, we’re under the control of the wealthy, namely corporations and their interests. That’s why our own money, our tax dollars, never seem to get spent the way we want–on excellent public education for all American children, affordable health care, clean air and water initiatives, programs to feed our hungry and provide shelter for our homeless, energy-efficient public transportation that would relieve us of our miserable hours-long commutes in bumper-to-bumper traffic, and so on–but instead get spent, one obscene trillion-pile after another, on endless wars, bailouts, subsidies for Big Oil and of course, Big Agribusiness, and money-pit “security” agencies that violate our Constitutional rights and treat law-abiding citizens as guilty until proven innocent. I’m sure you can think of more.

The government is us. And to my mind, the only way to even begin to make leadership behave that way is to completely change the way elections are funded and do away with all forms of campaign “donations” as well as halting altogether the corporate lobbying of sitting leaders.

Campaigns would be publicly-funded; candidates for public office would be given a strict limit as to what they could spend on a campaign.

Imagine what could be accomplished if, instead of spending months and years in “pre-election money-grubbing-and-vote-pandering mode”, a leader could actually lead. No more mudslinging attack ads (too expensive!) and no more ridiculous talking-point pageants masquerading as debates. Imagine candidates running for office solely because they are leaders answering a call to duty. Imagine them getting elected based solely on their leadership abilities–their knowledge, their talent, their record of doing good work on our behalf.

Imagine having leaders who are beholden to no-one but us, the we in We, the People.

It would not be impossible for the United States to implement a truly American-people-controlled system of governance–a social democracy–indeed, I would argue that social democracy is the closest thing there is to an actual embodiment of what the Founding Fathers intended for the country, and one only need read the wise and poignantly beautiful writings of Jefferson, Madison, Adams, et. al. to confirm this.

But given the range of theatrical talents, the vast and tentacular wealth, and the predators’ amorality that characterize the beasts we currently face, it is dispiritingly unlikely that we ever will.