Religious Rightism in the Democratic Party has Consequences Gays and professional sports: Charles Barkley stands up for what’s right. Again.

There are no clever mathematical models here, only facts. No Nobel prize for me.

I analysed income per family divided by GDP per family. First look at the 90% majority: 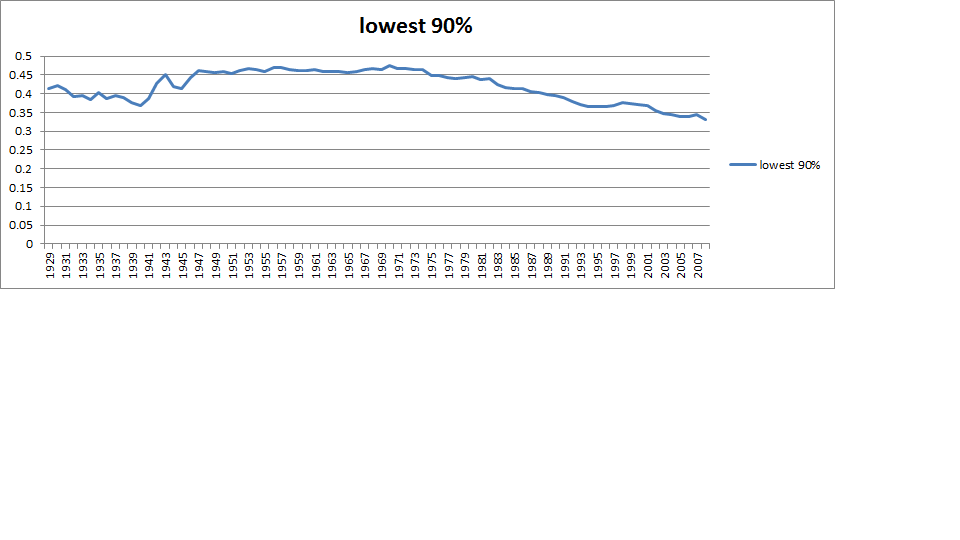 Since about 1970, their average share of income relative to GDP has steadily declined, from almost half, to about a third.

The next chart (IncomeGDPTax.png) shows a number of things: first look at the lines for top tax rate and GDP per family. The tax rate does not significantly affect the GDP growth, which is steady apart from the stagflation period in the 70s which was followed by the technology boom of the 80s and 90s.

Next, look at the average income per family for a range of groups (see the right hand column of the legend). Observe the time correlation with the tax rate line. 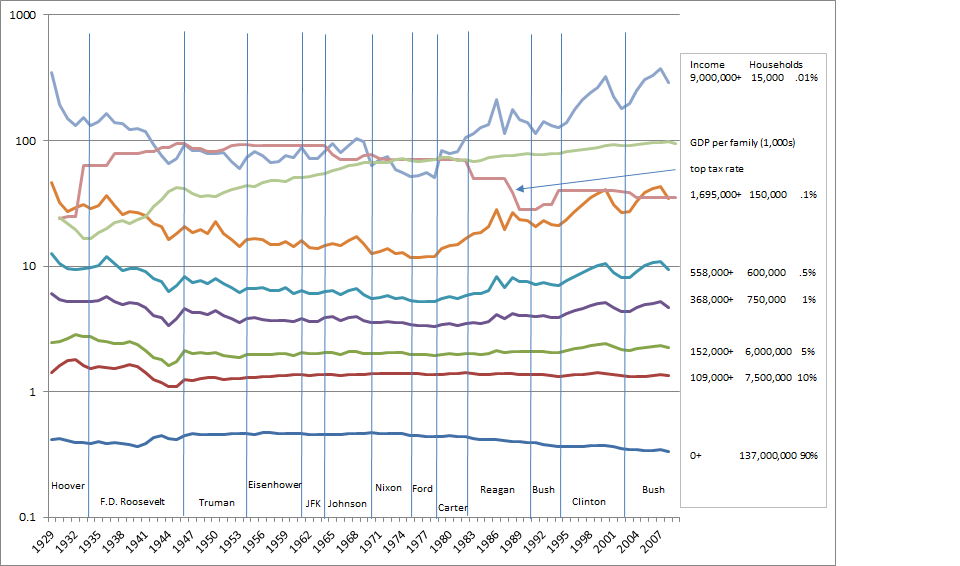 Income by groups compared to GDPP and tax rates