Hard times for the pure of heart: is it possible to live ethically in modern society? 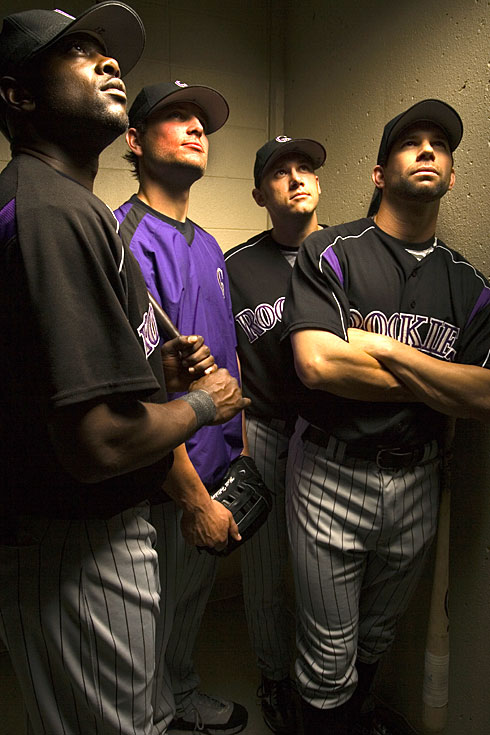 I think we’d all love to live every phase of our lives in happy accord with high moral and ethical principles. We’d love it if we were never confronted by logical contradictions and cognitive dissonance, by cases where our walk was at odds with our talk. But the truth is that we live in a society that’s complex, at best, and a cesspool of corruption at worst. It’s just about impossible to get through a day without compromise, and every time we compromise it’s difficult not to feel as though we’ve failed a little.

Some people are better at dealing with the conflict than others, whether through denial or a well-developed, pragmatic knack for keeping things in perspective. Unfortunately, I don’t do denial at all and while I like to think of myself as having a strong pragmatic streak, in practice my principled side tends to dominate my decision-making in ways that occasionally deprive me of convenience and pleasure.

I know I have a problem here, and I know that I’m not the only one. I’ve been thinking about it a lot lately and maybe writing some of this down will help. Maybe a reader will have a comment that will foster a bit more perspective, even. I may be a slightly older dog, but I am more than willing to learn some new tricks.

Let’s start with baseball. Yesterday was Opening Day for my hometown Colorado Rockies as well as my favorite team, the Boston Red Sox. Denver was just crazy. I live a few blocks from Coors Field, which was sold out (and friends tell me there weren’t even scalpers – no tix for sale at no price, no way, period). In addition to the 47K inside the park, there were probably another 50-100,000 outside, in the streets, parking lots and bars of the Ballpark neighborhood. I’m not sure, but I assume that the 16th Street Mall and Larimer Square were also zoos, as well as any number of sports bars in the city’s outlying neighborhoods and suburbs. In other words, yesterday was a massive holiday.

And I couldn’t take part. Sorta. I did wander up into LoHi, where Highlands Tap & Burger makes a point of showing all the Sox games. Had a beer. Had a great burger. Had a nice time. But it wasn’t the same as being part of a shared cultural celebration that looked, from a distance, even bigger than the 4th of July.

Why? Well, my friends know that the Rockies are my least favorite team. So do some strangers, if they’ve ever made the mistake of asking why I hate the Rox. The short version is that it’s a matter of principle: in 2006 the club went public with the news that it was basing official decisions (including personnel) on religion. Specifically, they were looking for “character,” and “character” means evangelical Christianity. I wrote about my feelings on the subject at the time and I revisited the issue a year later when the Rockies made it to the World Series.

Like the Constitution, I don’t really care what religion someone is. And since it’s a privately owned business, I guess there aren’t any de jure legal problems with them running things this way (although I imagine they’re wide open to a civil suit should someone in the organization feel discriminated against). But that doesn’t mean that I don’t find the policy reprehensible to its core.

Further, since I’m no longer an evangelical Christian myself, I can’t help being a little put off by the fact that the team’s ownership just said that I lack character. Trust me, I’m a huge fan of character. I think more teams ought to make character a centerpiece of how they run things. If you’ve been paying attention, you probably realize that teams with persistent character issues always seem to find a way to underperform their talent. And, as a guy who loves competition and has been an athlete his whole life, I’m sick of the sports section reading like a police blotter. I doubt I’m the only one.

I’ve never seen any correlation between religion and character, though. Evangelical Christians, for instance, can and often are people of the highest moral fiber, and I’m proud to number several such people among my family and circle of closest friends. But growing up Southern Baptist also teaches you that it ain’t necessarily so. Some of the worst sub-humans I have ever encountered in my life were upstanding evangelicals, pillars of the community, etc., and their moral failings and hypocrisies were quite well known in their congregations.

By the same token, I know and have known lots of atheists and agnostics, and my best guess is that the saint-to-scoundrel ratio is probably comparable to what you find in any religious community.

As a result of the Rockies’ policy, which I find both socially and personally offensive, I vowed that I’d never set foot in Coors Field or in any way subsidize the team’s ignorance and prejudice with my dollars. And I have held the line, too – literally, not a penny has made its way from my wallet to theirs. I revel in their failures (and especially loved the 2007 World Series, when my Sox waxed them in four straight) and long for the day when everyone associated with this policy is long, long gone.

But. There’s always a but. I’m admittedly conflicted. I love my city and I know that a successful franchise is good for it economically. It spurs civic pride (although here in Denver it would be okay if our civic pride were a little less connected to the fortunes of pro sports teams). Yesterday, by any measure imaginable, was wonderful for the 5280, and if the Rockies remain in the pennant race throughout the season it will mean greater job security for those who make their livings from the sports industry and the restaurants and bars that serve it. I care about these issues, and passionately.

Not only that, my principled stand, while morally satisfying, represents one more high wall between myself and my community. This chasm is never more evident than when I find myself discussing (debating, arguing) the subject with friends, who often feel as though my position amounts to an attack on them. (Ironically, they frequently seem more affronted by my stance than they are by Rockies policy itself, which they always find an easy way to dismiss, even if they aren’t evangelicals.)

By now, I hope it’s clear that my real problem isn’t with friends who disagree. My problem lies in my struggle to behave ethically without further alienating myself from others.

I’m not too proud to acknowledge how much this troubles me.

It isn’t just the Colorado Rockies, either – here in the US nearly every phase of our lives is challenged by some ethical or political consideration or another. Where do you buy groceries? Really – they’re pretty anti-union, aren’t they? You like coffee? I assume it’s organic and fair trade, right? You drive a what? Not only is it not a terribly green model, one of the company board members donates a lot of money to a variety of anti-gay rights organizations. Your electricity is generated in coal-fired plants, by the way. Your shirt was made in a sweat shop. Your computer is indeed nice, but it’s also the product of one of the country’s harshest chemical production cycles. Your kids attend a charter school? Thanks for helping suck more funds out of the public school system that’s so critical to our shared national interest. Sweet hell – are you wearing a diamond? Yeah, that restaurant does do a great bowl of pasta. And the owner has supported every hatemongering politician to run for office here in the last 30 years.

Been there. Feel your pain. I mean, I’ve turned my back on Target. I won’t be going back in a Dillard’s anytime soon. I haven’t had a Domino’s pizza in decades. Even if it didn’t taste like horse piss you’d never catch me drinking a Coors. And don’t even get me started on Wal*Mart (although they are implementing some encouraging green practices across the enterprise).

Seriously – if I drew a hard line around all of my principles and then did all the research I’d need to know which companies were doing what, and then boycotted those I had problems with, what would be left of my life? I probably couldn’t eat anymore. I’d have to walk everywhere (assuming I could verify that the company making my shoes was pure). The behavior of our media conglomerates would assure that I never again came near a television, a theater, a radio, a newspaper, and for that matter, probably a book. I’d certainly not be able to watch the NFL at least until such time as Michael Vick is gone (and given the rap sheets attending most football teams, we can probably scratch the whole sport off forever).

These are ugly issues to contemplate for an ethical human trying to live in contemporary society, because frankly you’re lucky if you can get through a minute, let alone a day, without having to compromise some important value or another. If there’s a Hell, and if it is operated according to meaningful principles, we’ve all probably earned our way in by noon each and every day.

Still, it isn’t okay to just throw up your hands and accept the inevitability of compromise. If I stop insisting that principles matter, if we stop trying to live as ethically as possible, what then? For one thing, the corruption of the society gets even worse (if that’s possible), and for another we might as well sell our souls to whoever will give us a nickel.

There are lines. There are standards that have to be at least a bit flexible. And if people like me insist on the absolute when all around us are finding ways of making peace with reality, we quickly wind up like Ethan Brand, the doomed anti-hero of the famous Hawthorne short story, staring into the fire and contemplating our intimate knowledge of the perfect sin: the rejection of the fellowship of man.

In the end, we have to find our way into subcultures that are themselves defined by the principles we value, so that our lives are not defined by a choice between values and community. This isn’t easily accomplished in a nation that often seems dedicated to the eradication of principle, but it is necessary.

As long as we feel the tension associated with a need to choose between the two, we will know that the battle isn’t yet over. 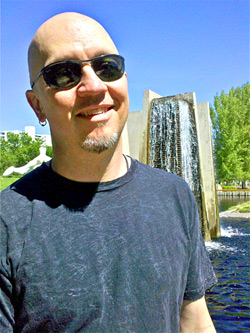